Sibal and The Streisand Effect 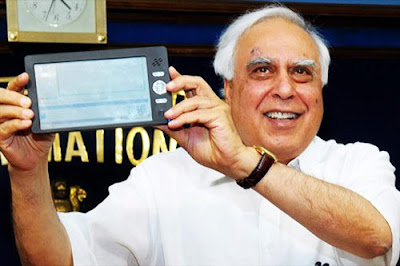 Kapil Sibal doesn't understand the Internet (not that anyone else sitting in the parliament with one or two exceptions does). But as a communications minister, an eminent lawyer and a politician of such high stature, he should.

Here's the thing about the Internet: not everything on it should be taken seriously. Social media is one big adda of opinions. In other words, yesterday's oral is today's online. Just as you won't censor someone hurling abuses at a chai shop, you won't, rather shouldn't go about hunting down people on the Internet. Give the sanctity of the written word or photoshopped image some rest; the more you talk about it, the more famous it will become.

This is called 'The Streisand effect'.

The Streisand effect is a primarily online phenomenon in which an attempt to hide or remove a piece of information has the perverse effect of publicizing the information more widely. It is named after American entertainer Barbra Streisand, whose attempt in 2003 to suppress photographs of her residence inadvertently generated further publicity. (source: Wikipedia)

So heres what happened: The New York Times revealed on December 5 2011 that Kapil Sibal had summoned Facebook officials and showed them a Facebook page that allegedly maligned Congress president Sonia Gandhi, saying that this was unacceptable. By the time Sibal held his press conference on Tuesday, it became about things that Hurt Our Religious Sentiments.

Our political social media hero, Mr. Shashi Tharoor stepped in. He said on the 6th of December in one of his tweets that as someone at the receiving end of online abuse, he did not support censorship. Quickly, he rolled back and corrected himself, saying that he had spoken to Sibal and had heard with great horror what riot-inciting material he had found online. So Sibal and Tharoor think social media can cause riots, but it hasn't actually done so yet.Now that our great leaders are telling us there's stuff out there that could make us kill each other, some of us will go looking for it out of curiosity and ...

Though the Streisand effect didnt strike the way stated above. The social media crowd being a sane bunch, instead not only made a few more hate Sonia and hate Rahul groups but the newest victim of their wrath was Kapil sibal himself with twitterati and facebook users giving it back to him in their own style while Kapil Sibal could just log on to his twitter account only to see that he is trending.

It is not as if celebrities are the only ones who face abuse, and it is not only Sibal's party president who has a hate group against her. Ordinary laymen also face online abuse and even school kids can have a traumatic experience with bullying going online. There's a way to deal with all of this, and ignoring things to not let them become big with some help from your attention is one way. There are many others who deal with online abuse and hate speech by ignoring it, by blocking it, by not responding to it. But if you yourself react to it, you don't have the right to complain about them anymore. The social media behavior is one of attention. The thumb rule is to not bring attention to those you don't like.

Also, there is something called community validation. Social media is about communities that organically organize themselves, coming about through spontaneous order. That is why radically irrational thinkers will never have a great number of serious followers, Retweeters, fans and therefore their firepower automatically becomes less on a social media platform.

This is the time, these lesser powerful people summon Facebook officials over to their offices and ask about removing their party presidents' hate pages.  If there is concern about hate speech or defamation, they should go to the court like any other mortal person will do if he / she faces the same issue. But here, these people want to be the judge and the executioner themselves. and even worst is that they want to do this silently in closed door meetings so that no one gets to know about it.

Signing off hoping this post is not banned or deleted.
Posted by Unknown at 1:43 AM